Technology has seeped into human life in an inseparable way with time. Without relying on it, living life comfortably is near impossible. While embracing technological innovations is what a lot of people need to do, adapting to changes in technology is not always smooth. Certain technological marvels go though lots of testing, doubts, misgivings and then gain acceptance. It happened when Apple introduced the first touch screen smartphone and tablets were unveiled. Nowadays, billions of people use touch-screen devices and tablets worldwide. Tech experts feel the same thing can happen to the latest in Smartphone tech- that is curved screen!

While Apple has not shown much inclination to bring out a curved screen Smartphone soon, other big players including LG and Samsung have joined the bandwagon. BlackBerry is also planning to launch a curved screen handset shortly. 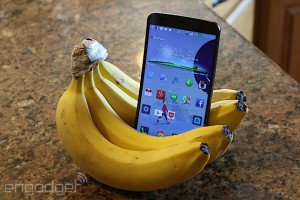 The first device that made a big splash with its curved screen technology and hogged headlines- was the LG G Flex. However, a few design quirks marred its success prospects. With the G Flex 2, LG has produced a better contender. The successor has been getting rave reviews. Recently LG showcased a mid range handset with different curved screen-namely the Magna. The recently unveiled Samsung Galaxy S 6 Edge introduces curved screen in a different way and its usefulness is undeniable. While unveiling the BlackBerry Leap  at the MWC 2015, the Ontario based company teased a curved screen slider device- set for an imminent launch.

Why Curved Screen can become widespread in Smartphone

There are several reasons which can make curved screen technology widespread and popular in Smartphone sector.

Where it all leads to?

As of now, curved screen technology is at an experimental stage with more manufacturers warming up to it. The initial hiccups associated with any new technology are true about curved screen too. It will take some time before mass adoption takes place. Then it may become as commonplace as touchscreen now is!